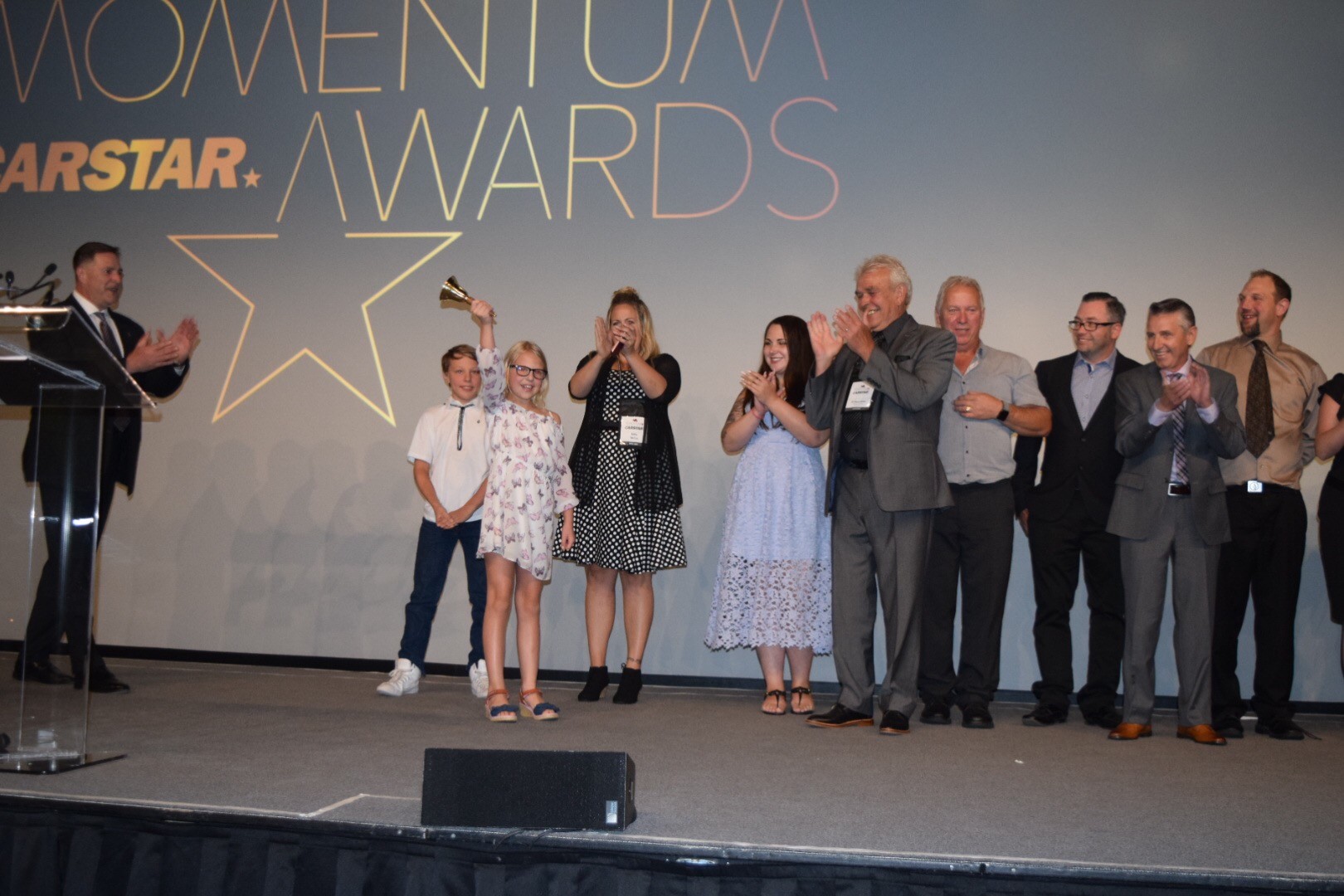 It is just over halfway through the year and CARSTAR has already exceeded its annual fundraising goal, supporting the fight against cystic fibrosis (CF).

One major contribution comes from the insurer, SGI CANADA. As part of a trailblazing new partnership, SGI CANADA will be donating a portion of all recycled parts sales from CARSTAR locations across Alberta to Cystic Fibrosis Canada. The program duration is from July 2018 to July 2019, with Alberta franchise partners eager to support the cause.

To kick off this incredible initiative, SGI CANADA donated $10,000 to Cystic Fibrosis Canada, on top of its anticipated salvage sale contributions. During CARSTAR Momentum 2018, the annual North American CARSTAR conference, SGI CANADA along with CARSTAR presented the $10,000 donation to Cystic Fibrosis Canada. Kicking off “Walk the Line”, the annual conference charity walk was this donation – motivating franchise, vendor and insurance partners to join in the fight to end CF.

“Groundbreaking programs like this are incredibly encouraging as it shows that SGI CANADA understands our values and wants to support us in the fight to end cystic fibrosis,” says Michael Macaluso, CARSTAR President. “Our CARSTAR locations in Alberta are extremely committed to our charitable partner and are elated about this new opportunity to fundraise for the charity they cherish so much.”

CARSTAR is proud of the SGI CANADA team for taking the initiative to join in the fight against CF, further connecting the two organizations, helping their relationship flourish.