New to the CARSTAR family, Brad Szydlik, has been in the industry for over 22 years. Beginning his career as an auto body repair technician, Brad eventually transitioned to restoration for a while, until he found his way back into the collision repair industry. Opening his own repair centre in 2015, Brad quickly felt like his business plateaued, but had ambitions to keep growing.

“It was easy for me to recognize the amount of change that happened in the collision repair industry because I was not in it during one of its most significant periods of advancement,” says Brad Szydlik, owner, CARSTAR Bonnyville. “When I came back, being a part of a banner was important and I really did my research to find the right fit. I also felt like CARSTAR did its due diligence to make sure I checked out as well, which instilled further confidence in my choice to join this network.”

In a region with many domestic vehicles, CARSTAR Bonnyville is especially experienced in repairing these makes. This 10,000 square foot facility is also aluminum certified with plans to earn other accreditations including both OEM and I-CAR certifications.

“Performance for our network has always been at the forefront, so it is key for new stores joining the CARSTAR family to have that commitment to stay up to date on training,” says Mike Piper, western zone director, CARSTAR. “Brad and his team in Bonnyville align well with the CARSTAR values and we are excited to have them in the network and support their growth plans.”

Please join us in welcoming the CARSTAR Bonnyville team to our growing franchise family! 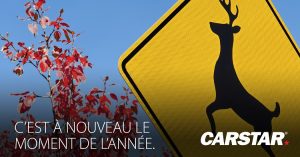 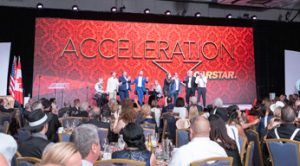